Crime in South Africa is an all too frequent occurrence. One where people are under threat in their homes, a place meant to be synonymous with safety.  Recently Shanda Luyt, a jornalist from Vrouekeur magazine contacted me for input on what she described as an increase of potential victims fighting back when under threat of a criminal.

From my perspective, I spoke of the desensitization of he South African public linked to how much crime we hear of. Our default responses of fight, flight or freeze have been stilted to some degree and replaced with “not a chance will that happen to me”. Although I agree with the sentiment of this attitude, I do think it can lead to a more aggressive stance and one that could increase the violence reciprocated.

Some other contributors added to this piece which I find to be quite insightful. The article is in Afrikaans below. 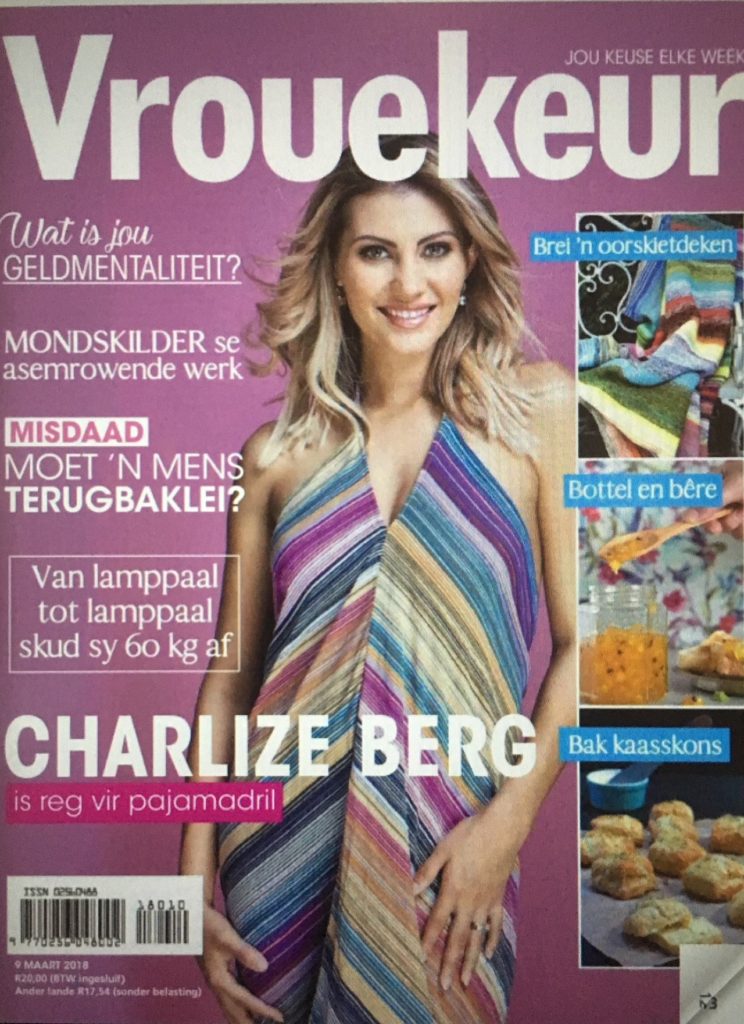 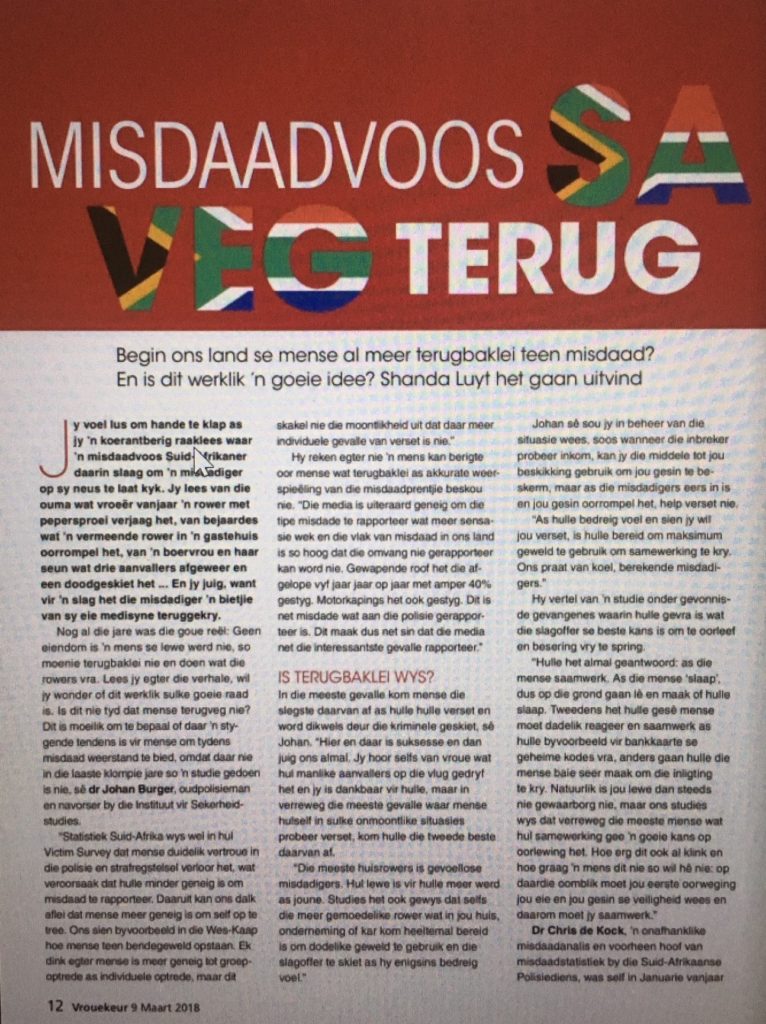 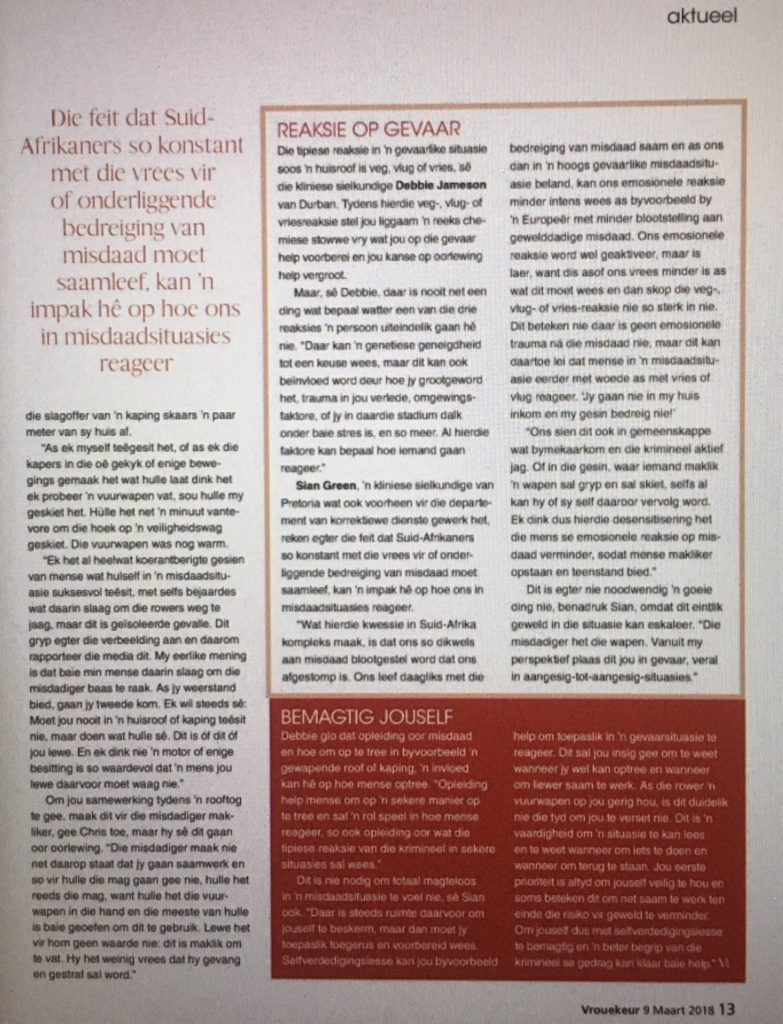